Contrast is an easy concept to understand, it is intuitive. Renaissance painters mainly used value contrast; the Impressionists relied on temperature contrasts. But there are more contrasting relationships available to artists, we will talk about seven different ones.

Strong intense colors placed side-by-side produce powerful and dramatic contrast. Children and artists working in style called Primitivism use this contrast very effectively. Use as many colors as you like as long as they are pure and bright. If you add an olive green or mustard yellow to the mix, the combination will stop working. 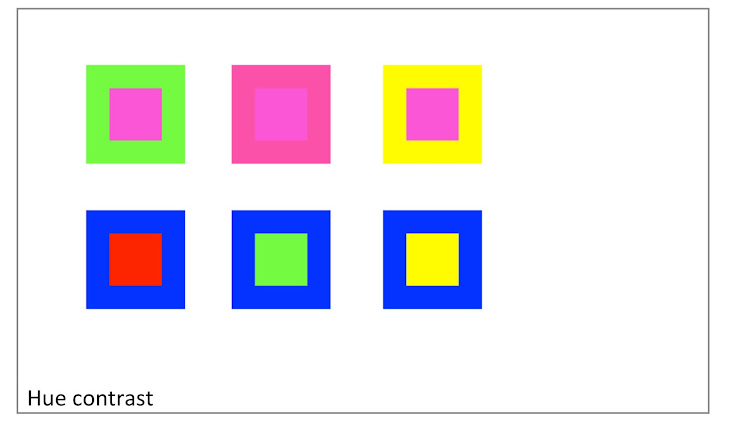 The squares with greater value contrast draw attention. The lighter squares seem to be filled with light and darker squares appear somber. The famous Chiaroscuro effect, that elevated Caravaggio into the pinnacle of Renaissance painting, is high value contrast. Chiaroscuro means “light-dark” in Italian. 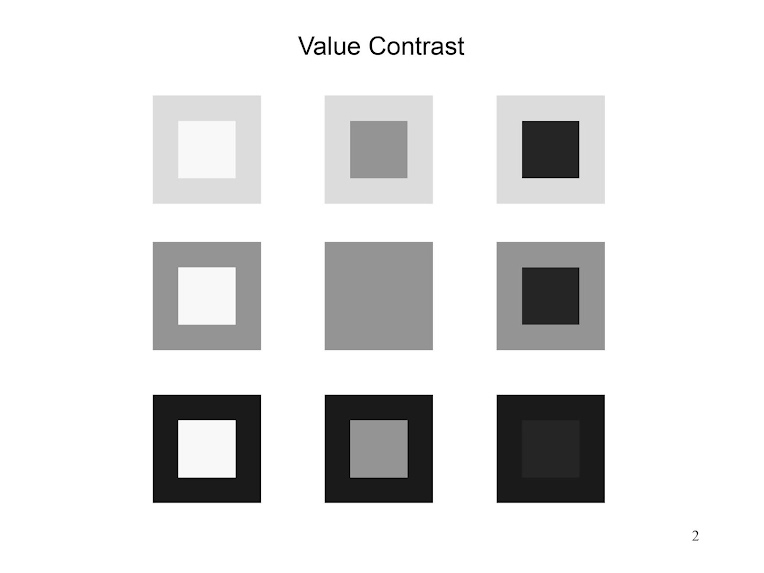 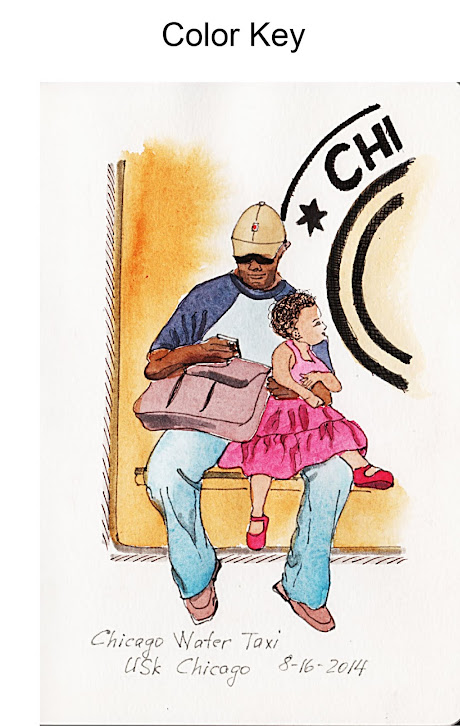 Pure color stands out against neutral gray and low intensity background. The contrast decreases against the same hue background 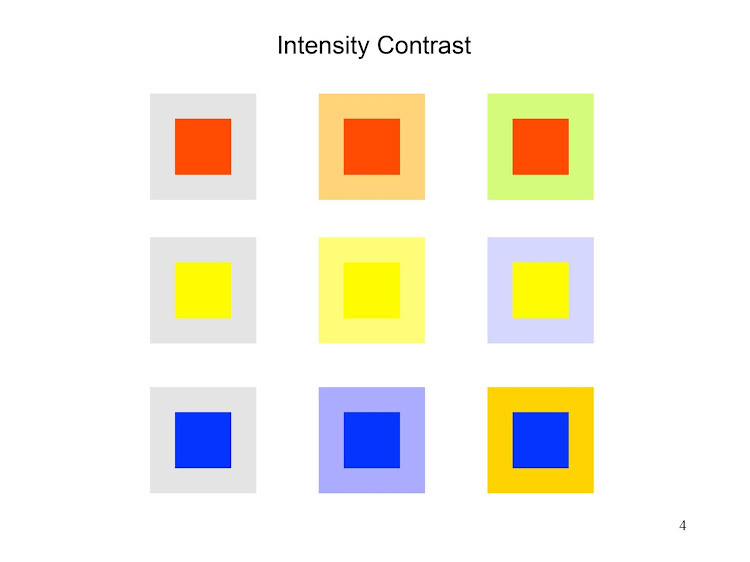 Complementary colors are the opposites on the color wheel. Placed side by side they enhance each other. Mixed together as pigments they neutralize each other. Tertiary complements make unusual color combinations because they are less common. 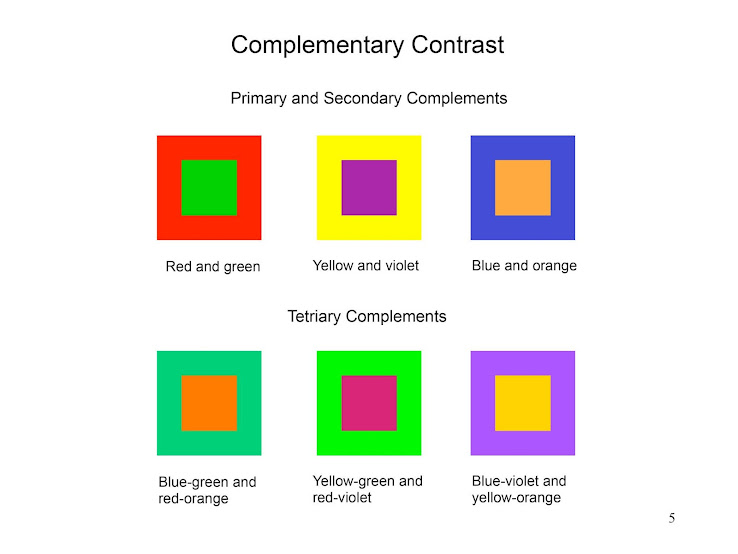 It may sound strange to talk about temperature of color. However experiments demonstrated a difference of 5-7 degrees in subjective feeling of warm and cold in rooms painted blue-green and red-orange. On the color wheel Red-orange is the warmest color and blue-green is the coolest.

We can achieve multiple effects working with color temperature:

Impressionists relied on temperature contrast rather than value contrast to suggest light. Warm and cool contrast provides movement around the form, because warm colors appear to come forward and cool colors recede into the background. 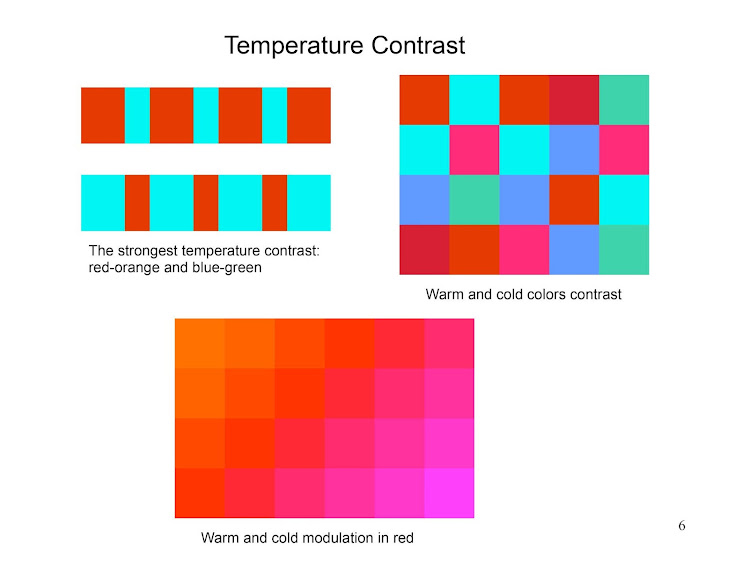 Quantity contrast is a powerful visual tool and one of my favorites to use. It works like an exclamation point in language, used right it is very expressive and impossible to miss. 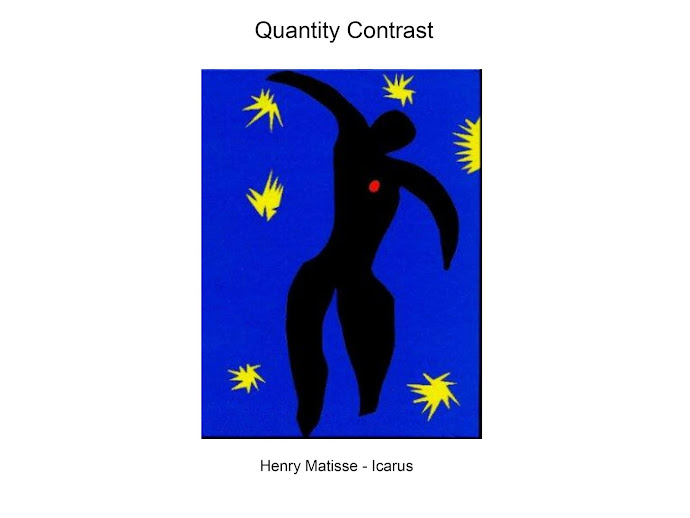 Color is vast and fascinating subject!

What we offered here is a tiny portion of existing knowledge, but it is the beginning of the exploration.